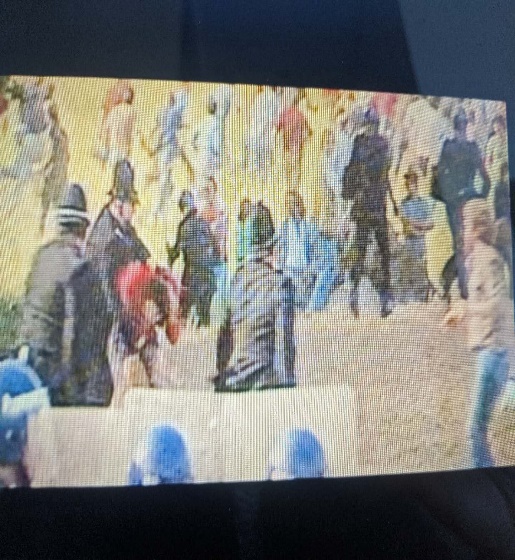 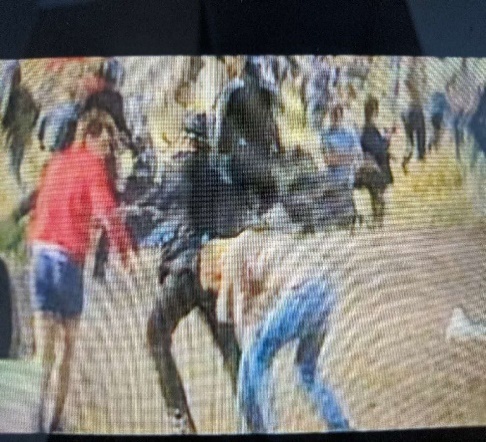 The opening of the film begins with a rousing soundtrack repeating the lyrics “solidatry forever, for the union makes us strong.” Coupled with real life historical montage clips of past riots and protests, it generates the impression of separateness early in the film. While the lyrics emphasise the notion of “soliditary”, audiences can be quick to discern that the protests marks out the distinctiveness between the police and the people. 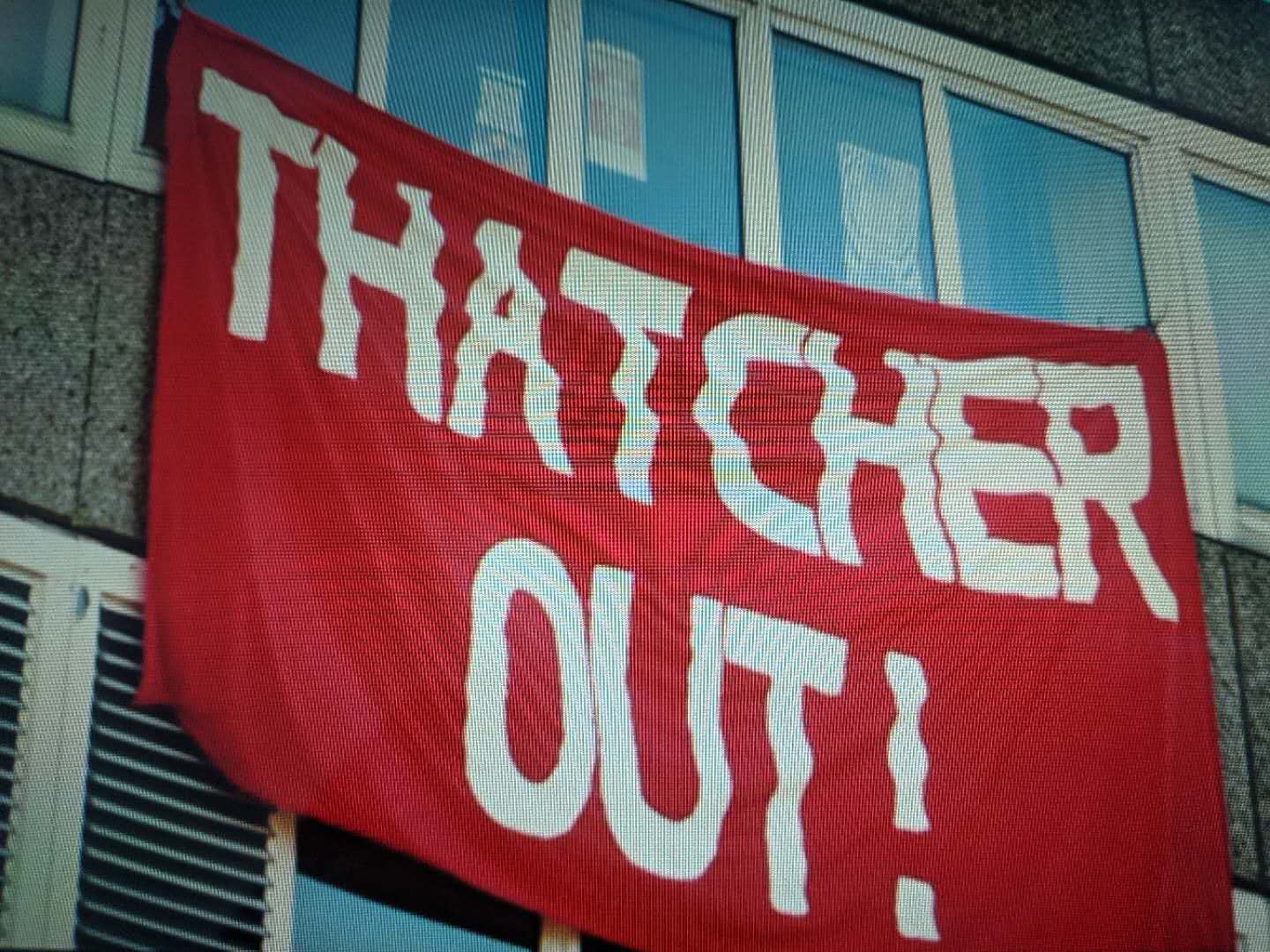 The film then cuts to a striking scene of the large banner placed outside with the words “THATCHER OUT!” Immediately, the banner suggests to the viewers that political standpoint of the protagonists and hints at the brewing tension to come. 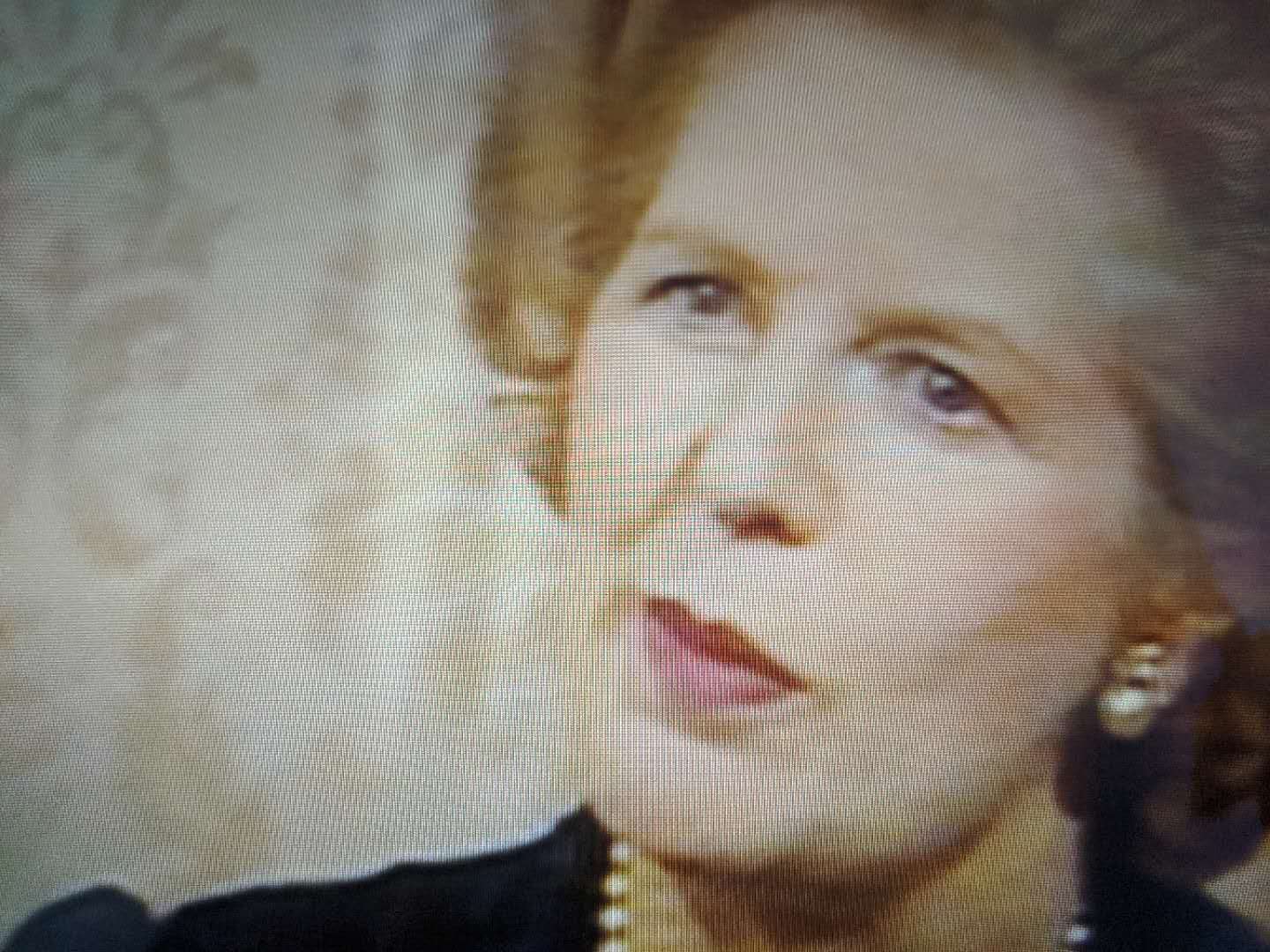 The director, Matthew Warchus utilises a zoom lens that slowly closes in on Margaret Thatcher’s face. Her stern expression and her firm tone states “I can’t change my style, I’m here to be a good firm leader.” 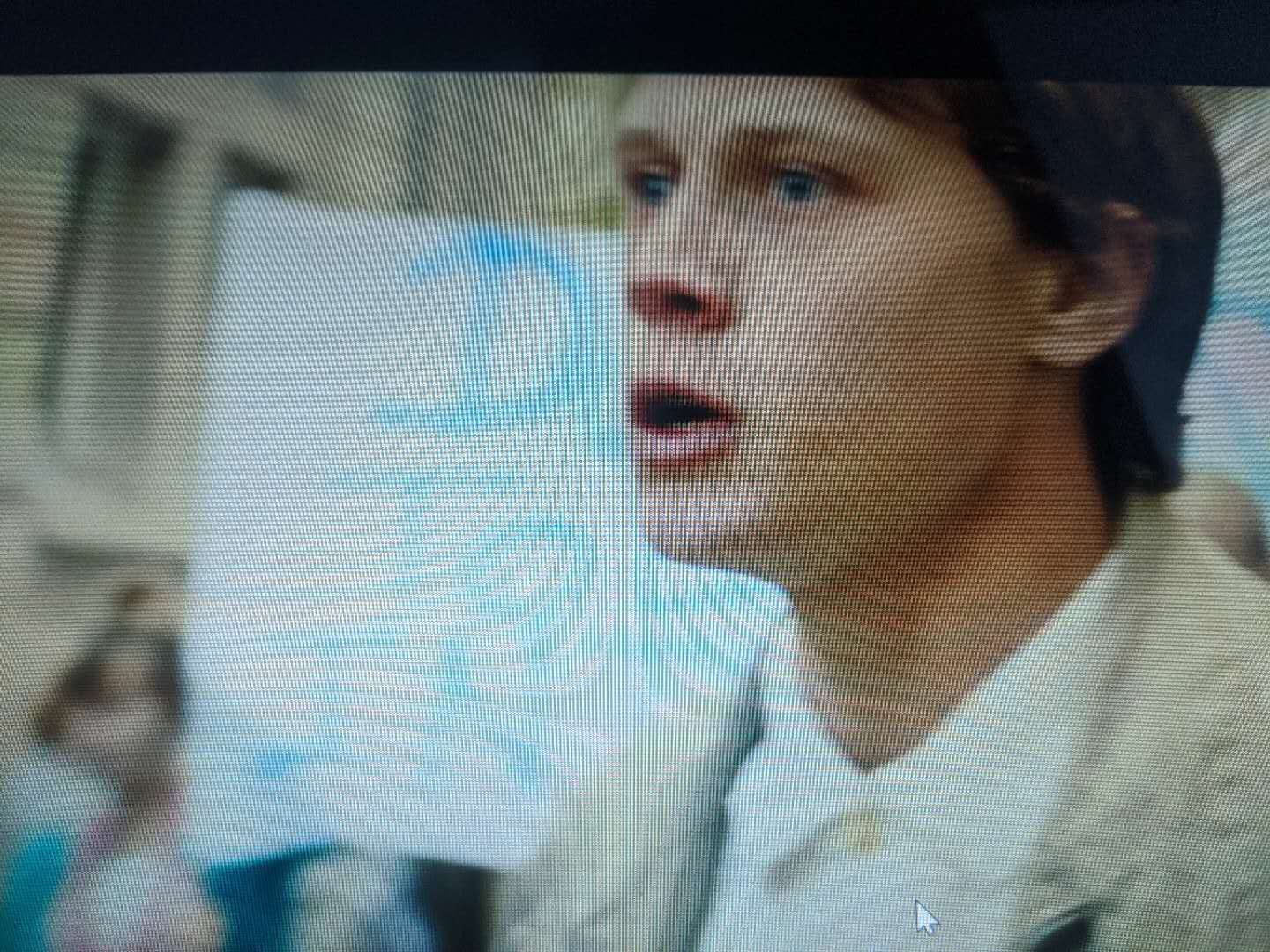 As Joe walks out into the midst of a protest, his lost and bewildered facial expression is underscored by the shaky camera movements. The unstable movements is used together with quick cut scenes from the protest to create a sense of confusion. 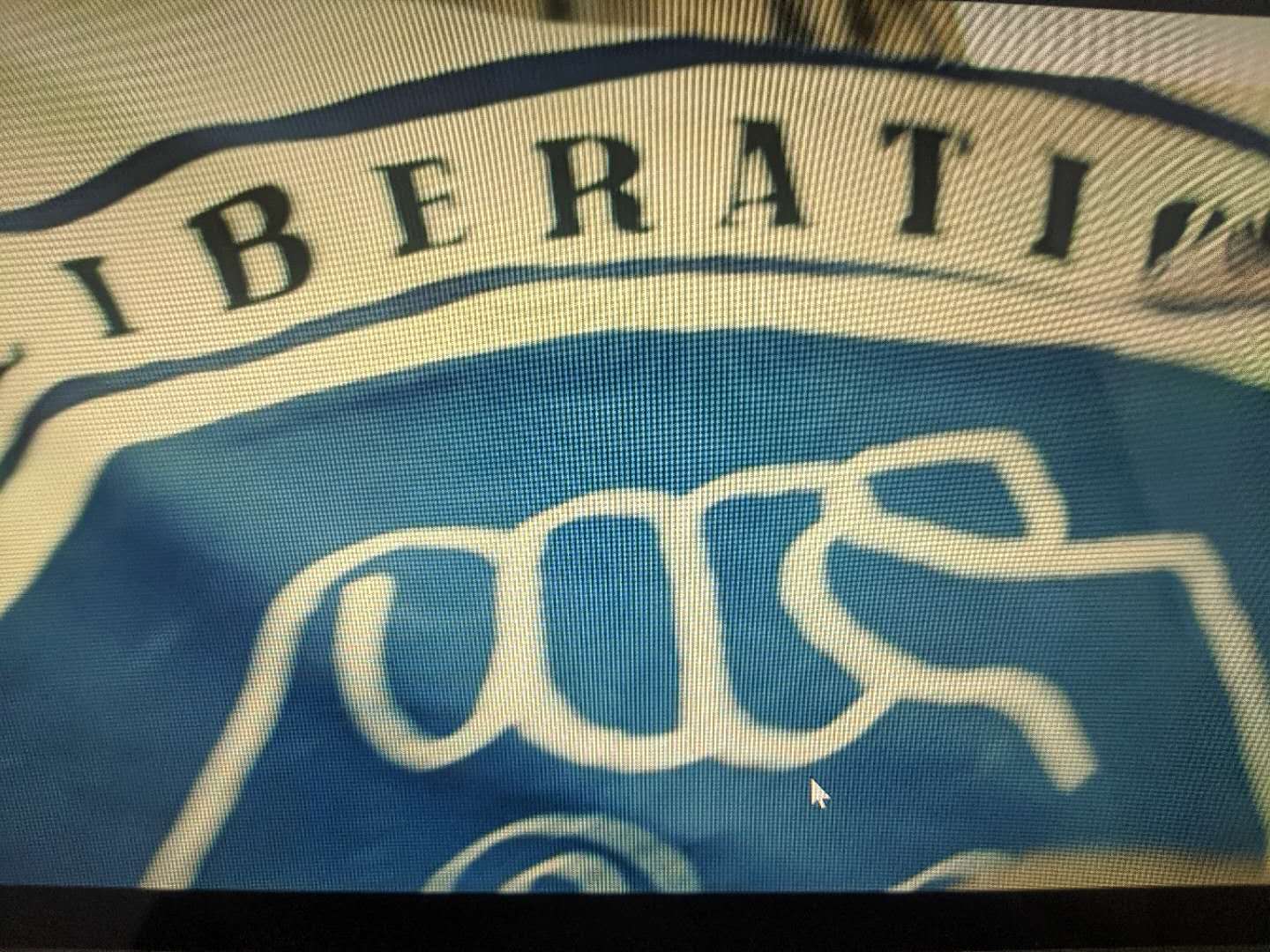 The Liberation flag displays the symbol a solitary raised fist in protest for gay rights. Note the difference between the first banner here and the banner used at the end of the film. The contrast of the two banners from one raised fist, to hand joining together in unison highlights one of the focus of the films, the power of unity 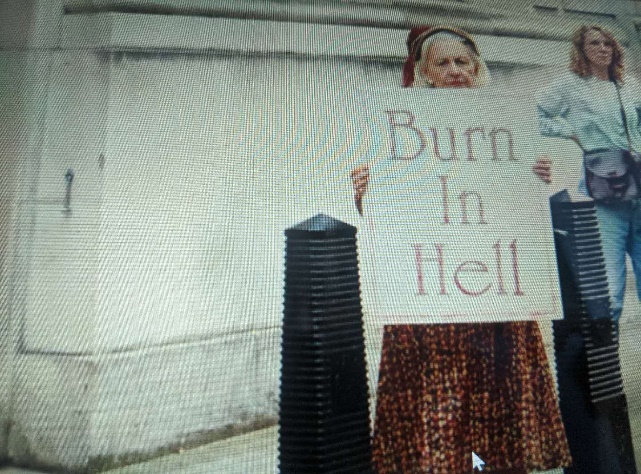 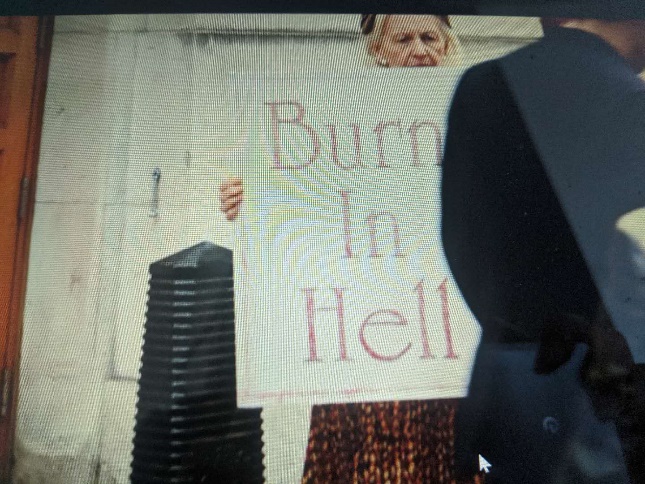 The slow right panning of the camera lens showcases the sign “burn in hell” with an old woman holding it. As the movement of the camera slows down, it is starkly juxtaposed with the jerky and unstable movements of the previous protest. This draws further attention to the signage that is written in large red letters. In a jarring manner, Warchus inserts a shockingly outright rejection of the gay community in a similarly fashion. 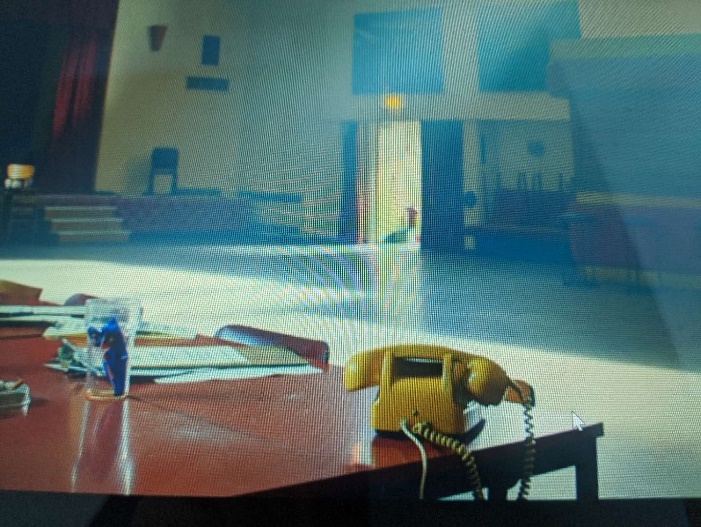 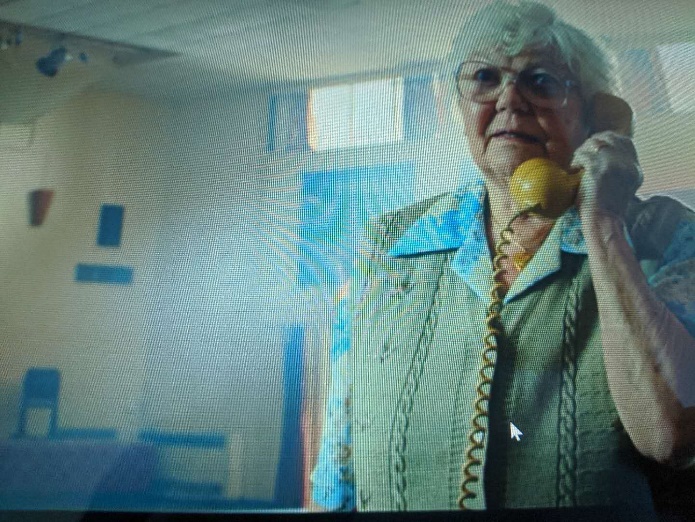 As the gay and lesbians support the miners club get together to call the miners, the scene immediately cuts to an empty theatre. The camera then stays still as an elderly lady walks in and picks up the phone. The pace of the film builds up tension to the eventual agreement between the two communities. The phone rings several time before she picks up and the tension is raised as the audience questions whether this time the GLSM club would be successful. As the camera zooms into the woman’s face, the soundtrack of drum beats along with the same song as the opening “solitary forever” rings out. 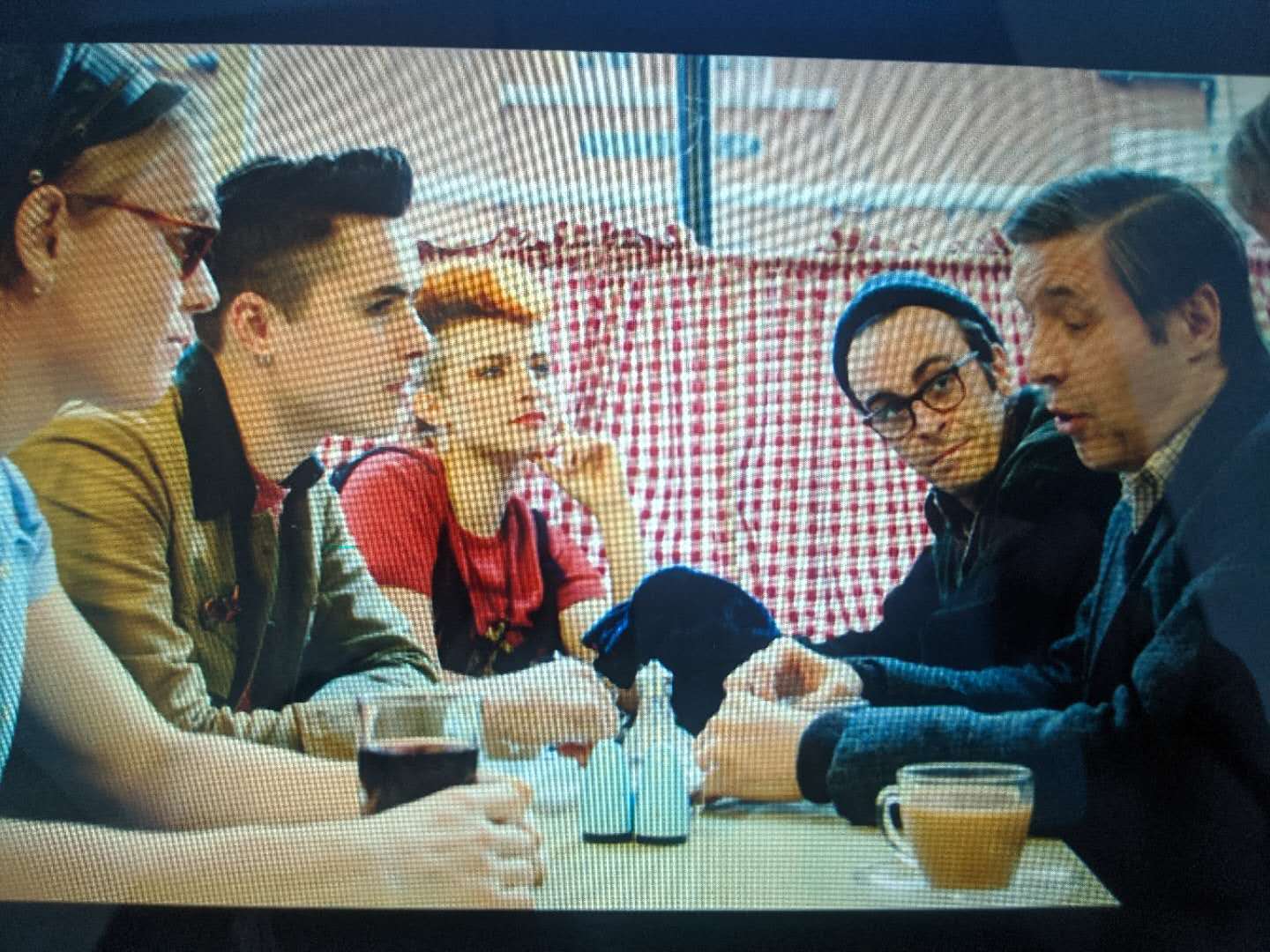 As the GLSM meet their first miner and vice versa, the contrasting colours in costume also signify the difference between the two. 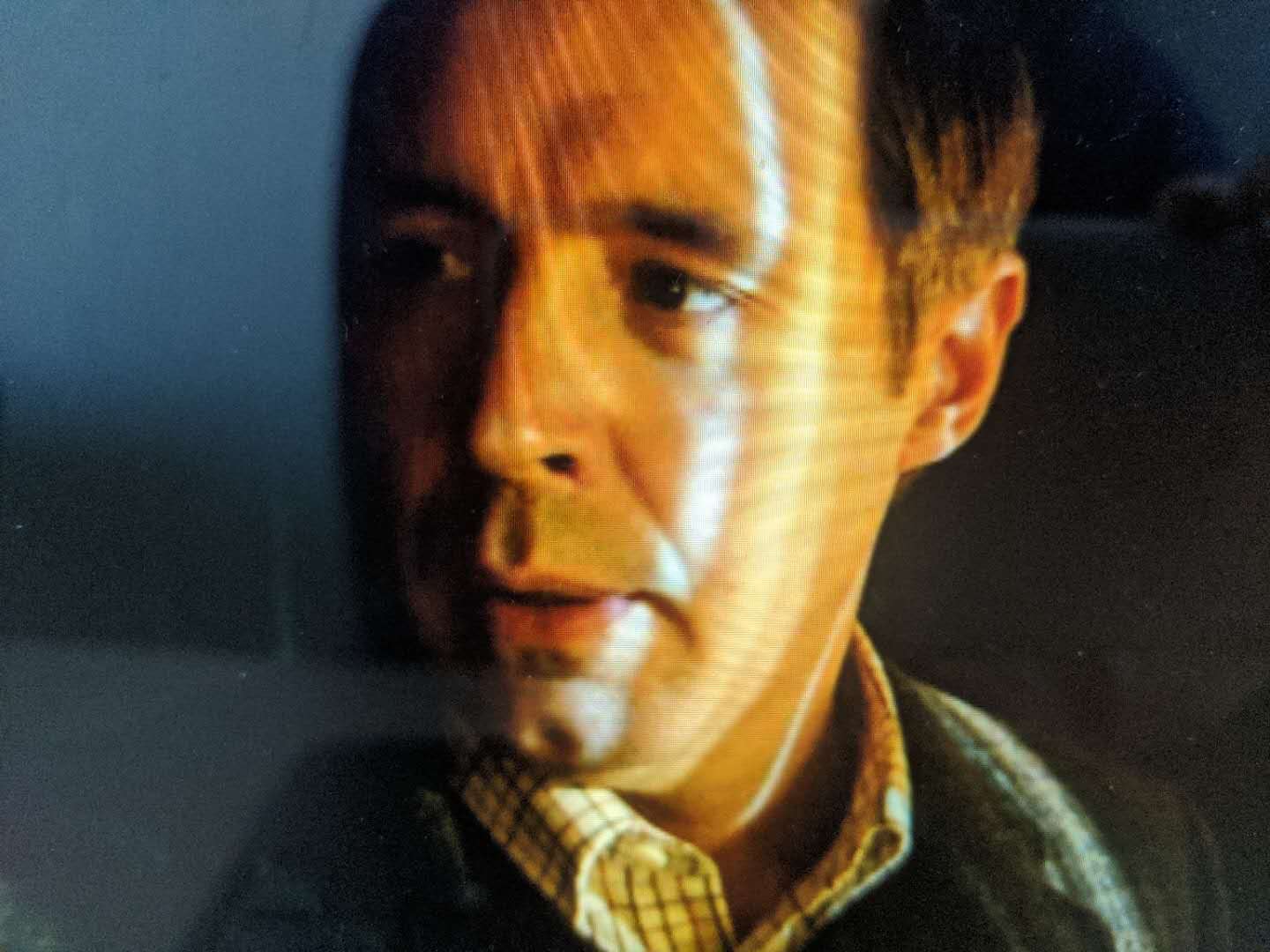 There is a close up shot used on the miners nervous facial expression, his side glancing eyes indicates his anxiety. This is coupled with the lighting that only lights up half of his face from the stage. As the atmosphere becomes tense and the additional sound of feedback whines, there is an deafening sound of awkwardness. 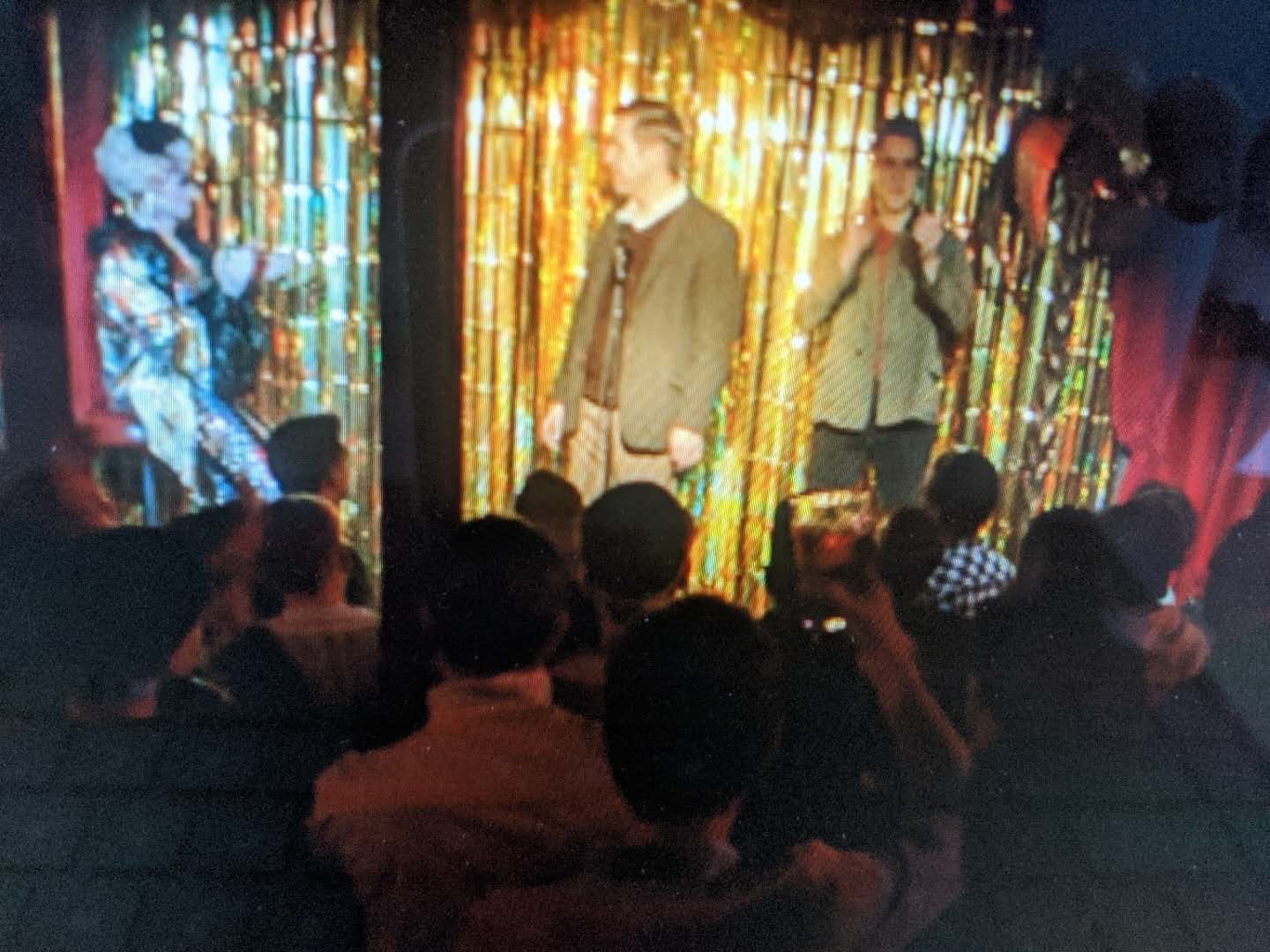 “what you’ve given us is more than money, its friendship. When you’re in a battle… to find out you have a friend you never knew existed, that’s the best feeling in the world.” As his poignant speech finishes, cheers and claps can be heard all around. Instead of the camera focusing on Dai, it is now a wide angle that showcases the crowds holding up their beers and throwing their hands up in support. As the atmosphere becomes one of unity, the accompanying lyrics of the soundtrack echoes a similar message “when two sides go to war, a point is all that you can score.” 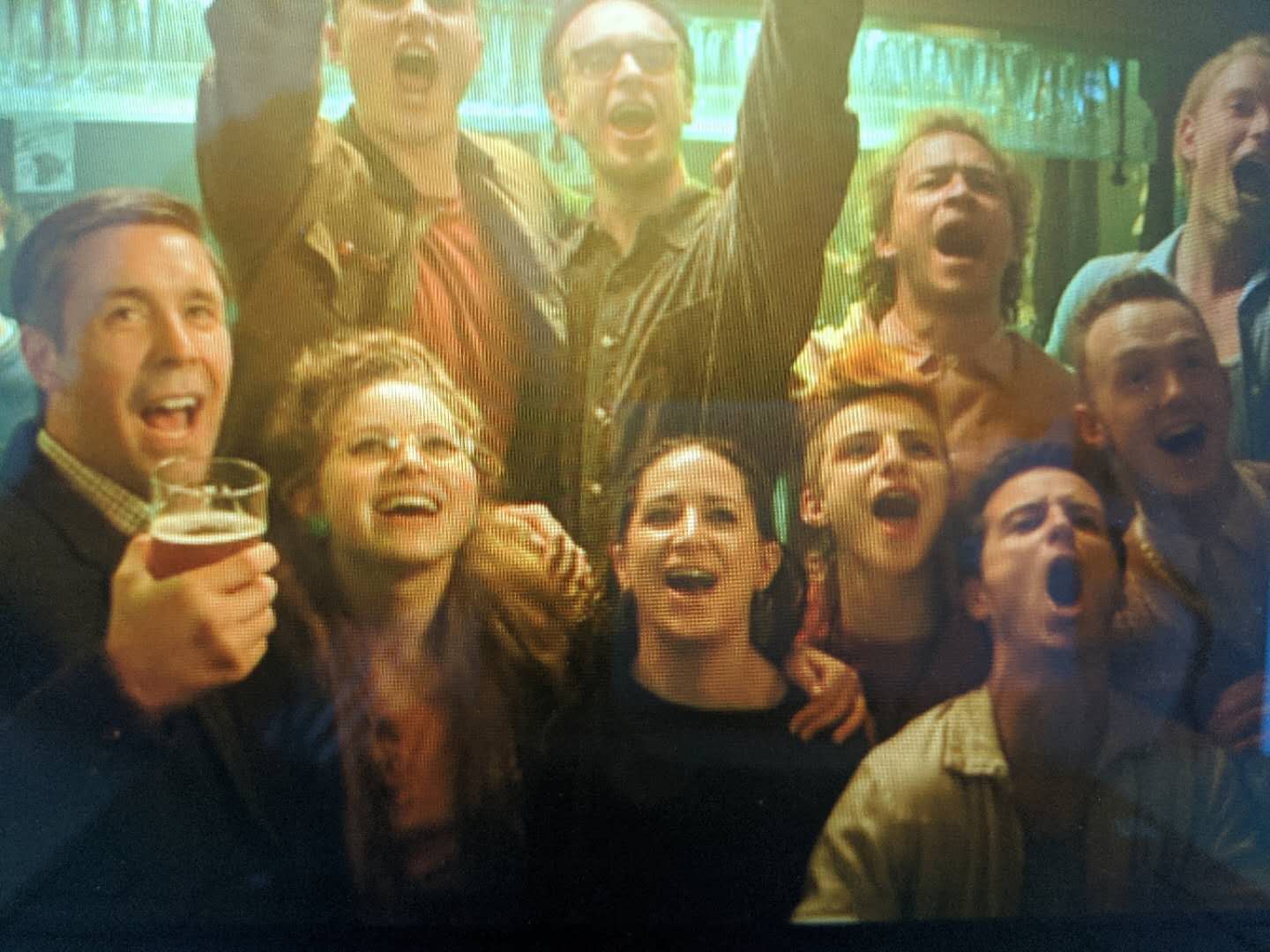 The group takes a group photo, all facial expression and holding alcohol creating a sense of unity and solidarity. 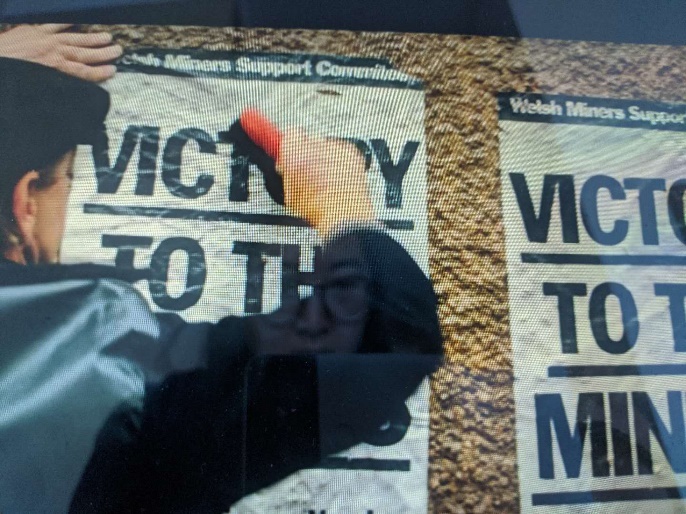 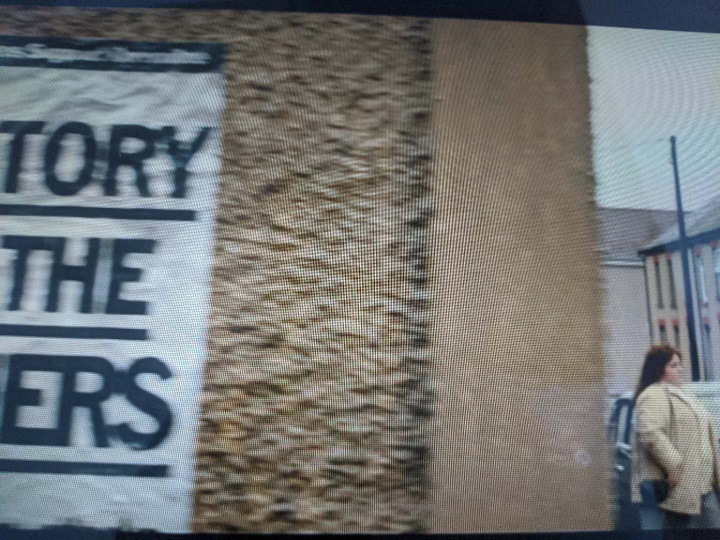 The director chooses to use a panning shot of the posters “victory to the miners”, in this scene the setting is now located where the miners are and there is a clear sense that there is a change in setting. 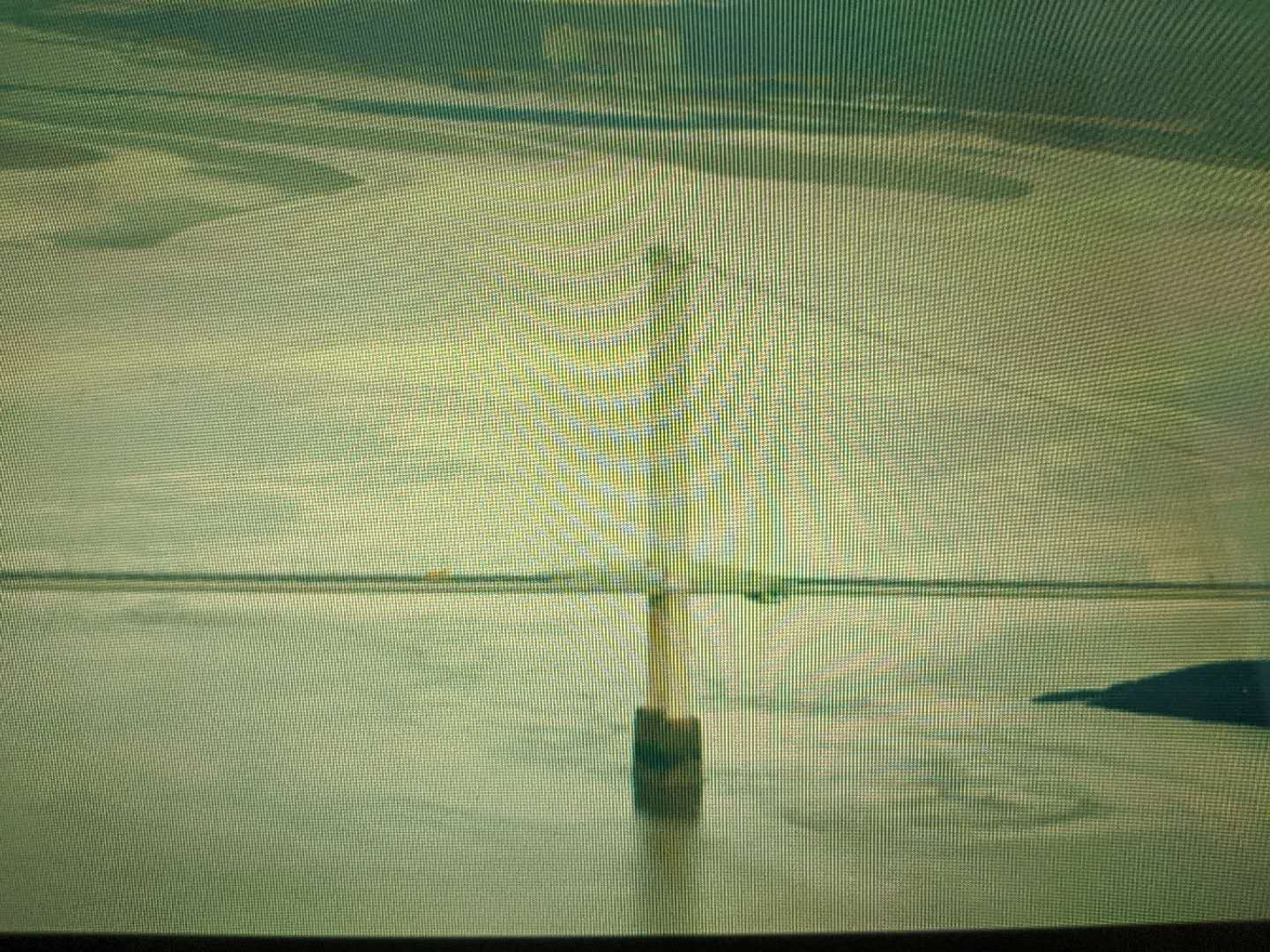 As the GLSM committee head to the destination, there is a ultra wide angle shot of the bridge. Notably, this bridge is seen to several times throughout the film, acting as a symbol of connection. The two communities must travel between these the two locations in order to meet one another, in a similar manner, the bridge represents the distinct differences between the two communities. 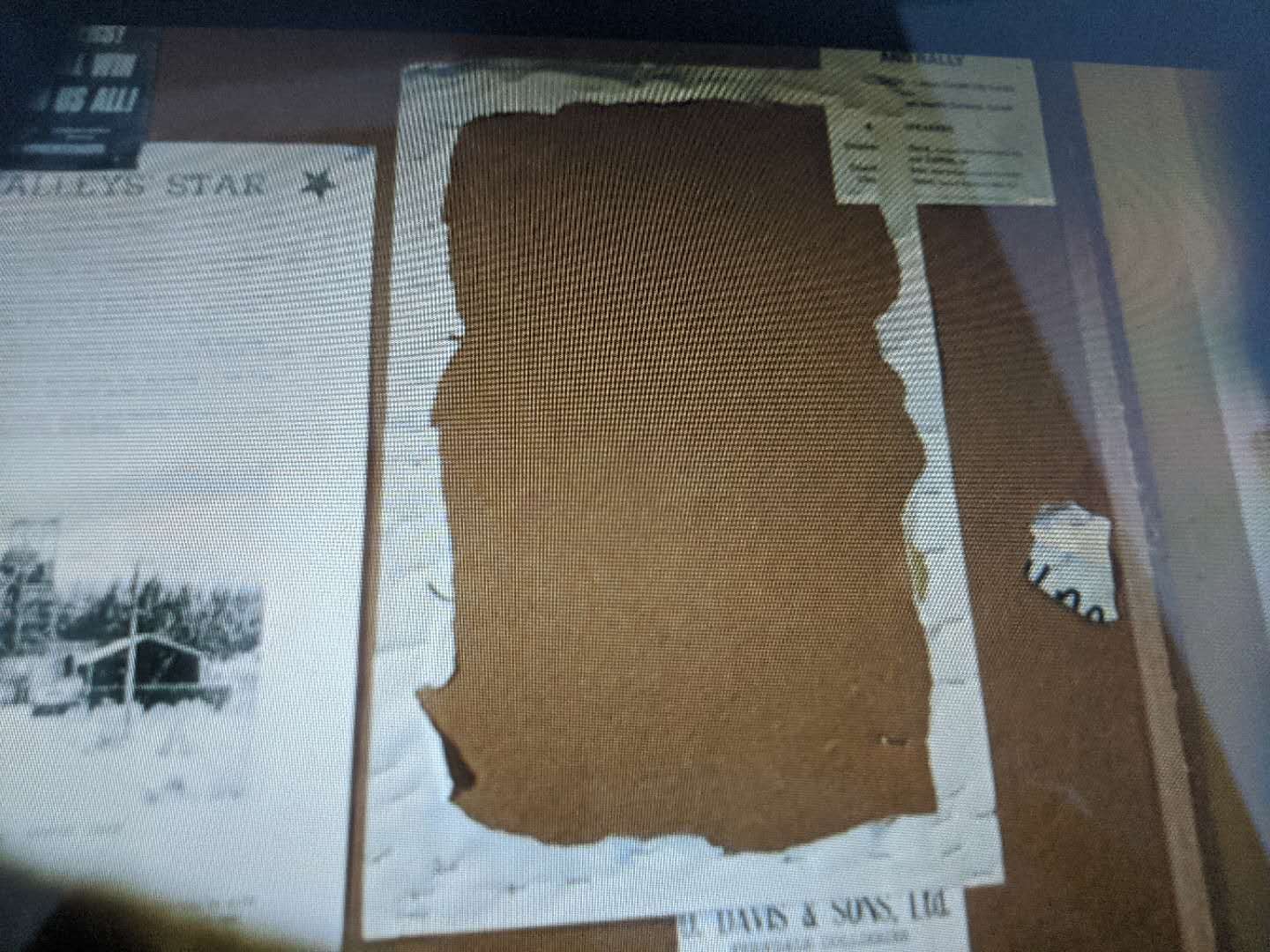 The camera focuses on the torn out paper which once contained the GLSM meeting details. Through this simple detail, the director is able to portray the attitudes of the miner town. 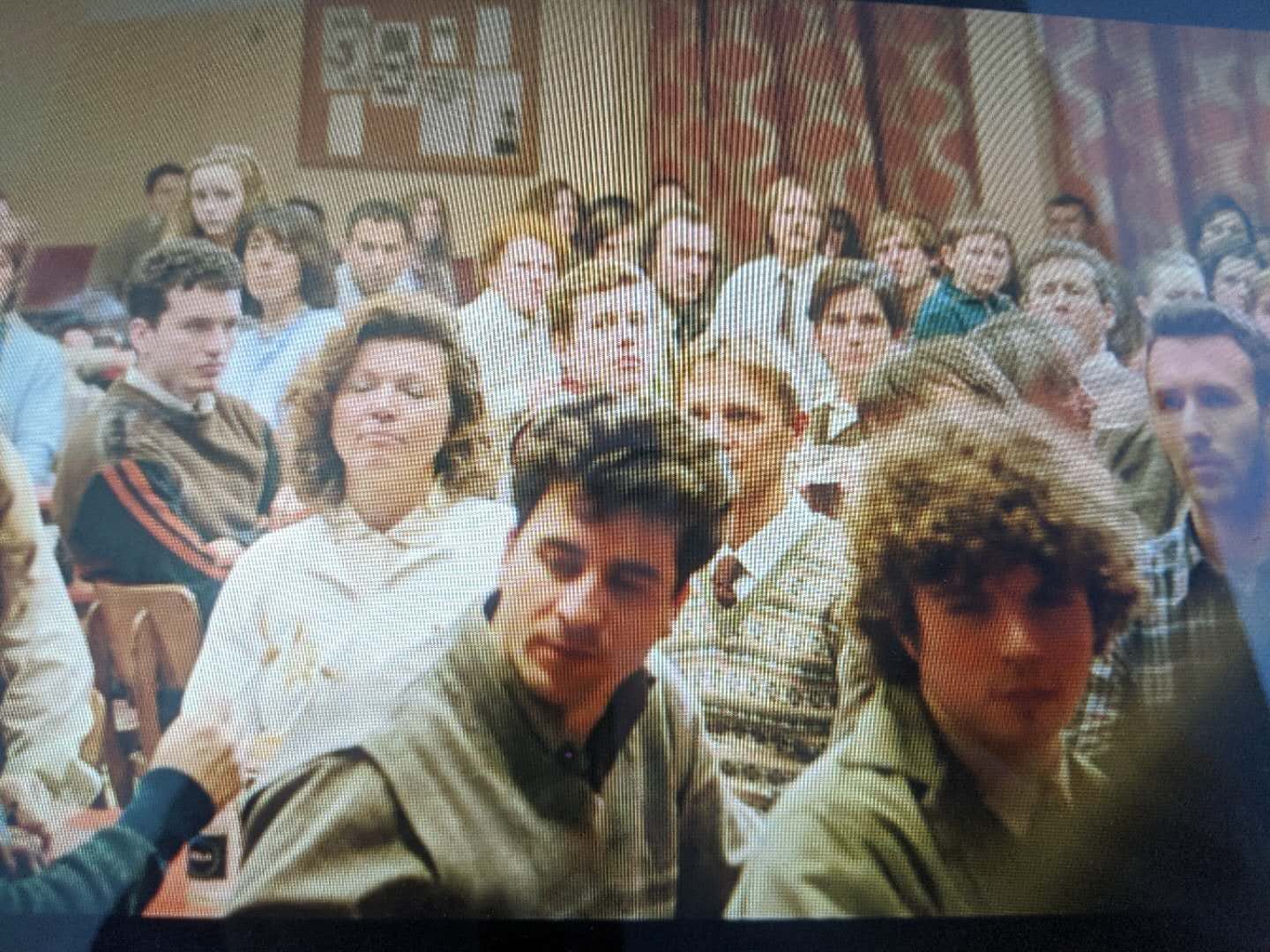 As Mark steps on stage to give his speech, the camera once again pans around the room, displaying the disgruntled expressions of the miner community. Distinctly, this scene seems to echo the same atmosphere as in the earlier scene in the club. 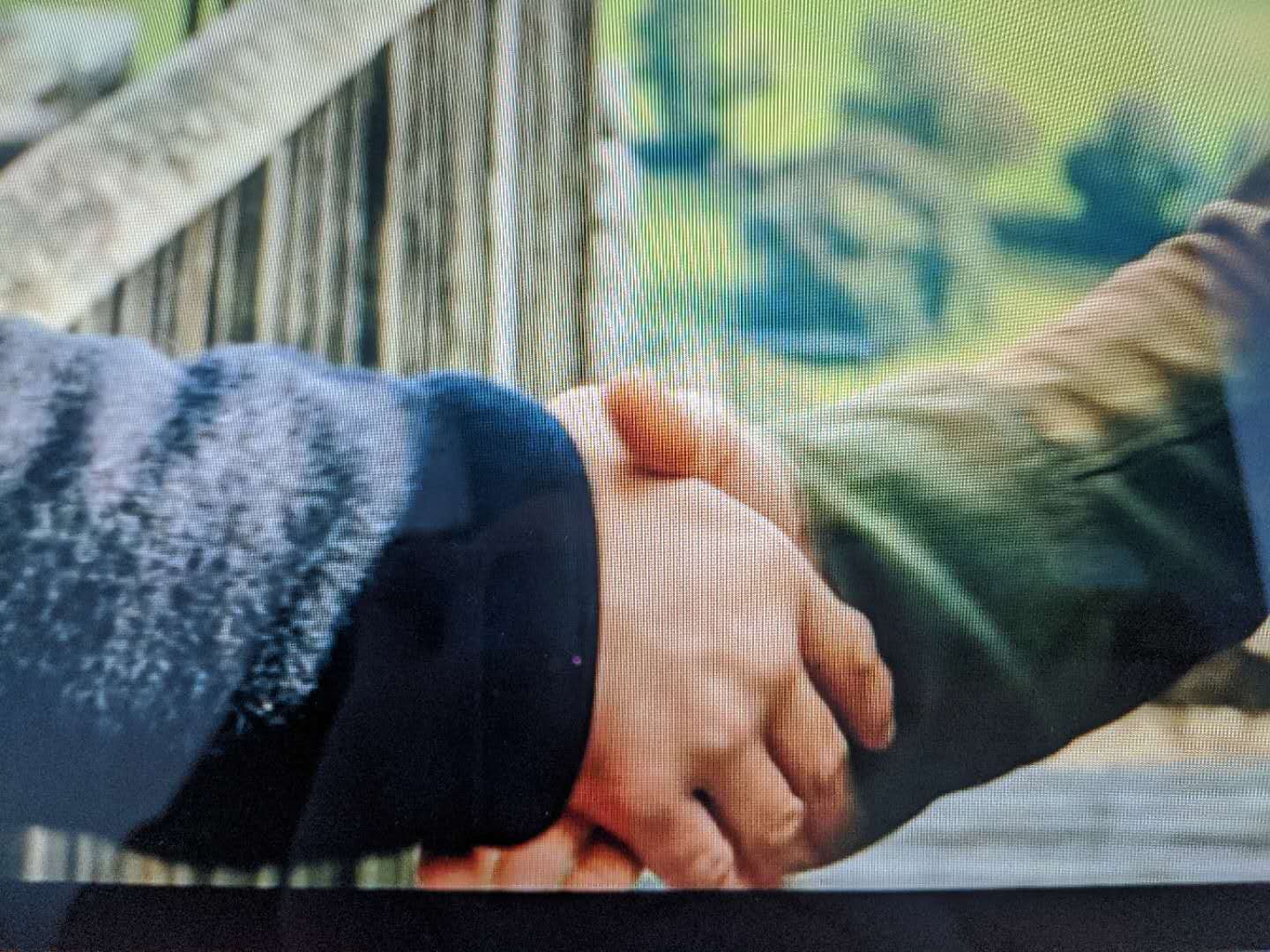 Mark and Dai share a heartfelt conversation with the green pastures behind them. Mark’s striking words “what’s the point of supporting gay rights but nobody else rights? It’s illogical” marks an important lesson for the entire film. As Dai shows Mark the symbol of the lodge banner that’s over
100 years old, he says “it’s a symbol, two hands. That’s what the labour should mean. You support me, I support you. Shoulder to shoulder, hand to hand.” The camera then zooms in on a close up shot of the two shaking hands, signifying a defining moment of unity and hope.